Featured in the July 2013 Issue of Sunset Magazine

A hand-crafted Blackberry Vinegar that is made on our farm from the juice of our Marionberry and Chester Blackberry crops. The harvested fruit is fermented to alcohol using yeast native to the skins and stems our fruit and the alcohol is than converted to acetic acid ( vinegar) using a mother of vinegar also native to our fruit. The vinegar is made and aged in oak barrels.

In 2002 we started experimenting with this simple and traditional method of making vinegar and have been building our inventory ever since.
This vinegar is alive and raw. It has a fruity, zesty base that lasts on the palate. Enjoy !

You can purchase our Raw Living Organic Blackberry Vinegar from the following Vendors: 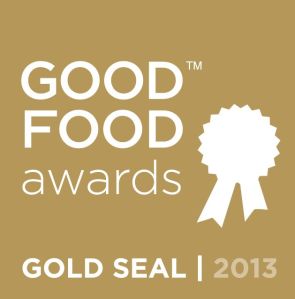